Visiting Leh Ladakh can be a splendid experience with an abundance of natural beauty on offer. There are a number of attractions in Leh Ladakh that are filled with extreme pristine beauty, the list includes some of the well- known ancient monasteries, palaces, various gompas, mountain peaks, wildlife safaris, adventure activity spots and much more. Ladakh with a unique characteristic that is a blend of Indian, Tibetan as well as Buddhism linings make it a place which is worth paying a visit to.

This beautiful hilly region, every year, is visited by a large number of local as well as foreign tourists. It is both a popular summer as well as a winter holiday destination. With the range of adventure activities that it has to offer such as trekking, mountain biking, rafting, mountaineering and so on, it is well-known amidst adventure enthusiasts too.

Ladakh is also known as a wildlife destination, which boasts of being home to a number of exotic animals as well as bird species in their natural habitat. A huge variety of flora and fauna is another attraction. The region of Ladakh with a unique ecosystem gives an opportunity of a wildlife as well as a photography enthusiast to view some rare wildlife species with a striking background of the snowy peaks.

You can spot Yaks, Ibex, Tibetan hair, Blue sheep, wild ass, Bharal, Marmot, the Tibetan antelope, also called the Chiru and the Snow Leopard etc. This region is home to as many as 310 species of fauna like Golden Eagle, Lamagier, Wall creeper, Rock Bunting, Black-necked Crane, Himalayan Snowcock and so on.

In the northern Himalayas, Hemis National Park is a protected area. This national park second largest in the Nanda Devi Biosphere Reserve. It provides shelter to various conserved and endangered species. The major attraction of the park that flocks wildlife enthusiasts from all across the globe is a considerable population of snow leopards. The total area of the Hemis National Park is covered under the Palearctic Ecozone.

Buddhism is a widespread theme for cultural tours in Ladakh. The population of Ladakh is predominantly Buddhist and Ladakh has been deeply influenced by Tibetan Buddhism, which follows the Mahayana and Vajrayana schools. Various incarnations of Buddha are also worshiped in monasteries. Many tourists undertake a trip to Ladakh to explore, understand and learn from the ancient Buddhism which is practiced here.

The mythology of Tibetan Buddhism has many tales of various spirits and demons. These representations of both good and evil qualities are depicted through masks and their stories are enacted as masked dances during the annual festivals of various Gompas in Ladakh. The Buddhists of Ladakh regard His Holiness the Dalai Lama, as their supreme spiritual leader and as the living incarnation of Buddha.

A Gompa is a spiritual community where monks or nuns live and practice their religion. Gompas in Ladakh are also educational institutions.

Many of the local people of Ladakh practice farming and the produce of their fields is made into the delicious dishes of Ladakhi cuisine. Vegetables such as potatoes, pumpkins, beetroots, and beans are cooked in a variety of different ways and accompany meat dishes. Mutton and chicken are the commonly consumed types of meat in Ladakh.

Tourists in Ladakh can try the local Ladakhi food, which is nourishing and usually mildly flavored. Favorites include Thukpa, a thick soup with vegetables that provides a complete meal and delicious Momos or steamed dumplings stuffed with meat or vegetables, accompanied by chili sauce.

There are also many bakeries in Ladakh where you can buy freshly baked bread and enjoy eating it with locally made Apricot Jam. There are many restaurants in Leh, where you can have an international meal.

How exciting a Motorbike ride can be? – Adventure tourism in India 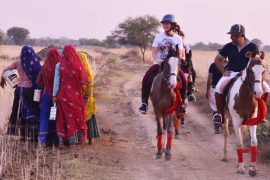 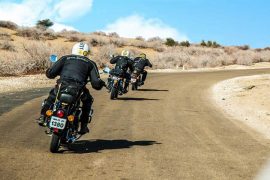 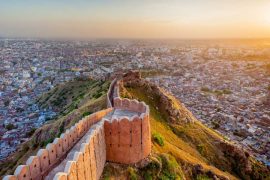