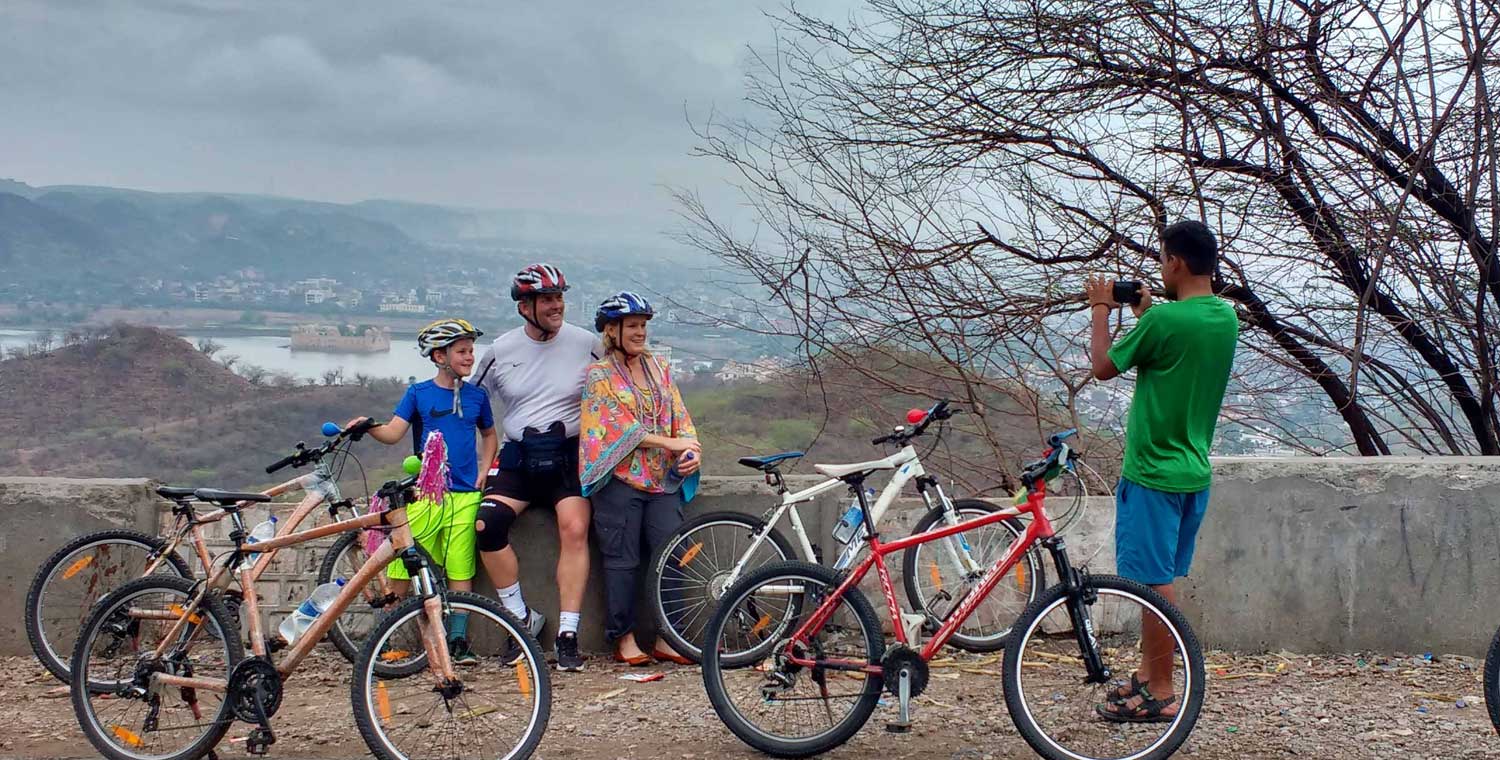 South India Tour
No one can traverse the whole of India and not feel the palpable difference between North and South. The dominant features of South India are its tropical climate with lush-green tropical vegetation in the coastal areas, as well as its architecture, cuisine, culture, languages and lifestyle. In spite of repeated exposure to foreign influences, these elements have, at their core, remained essentially Dravidian. On this Southern sojourn, traversing through Andhra, Karnataka and Kerala, we explore the unique and breathtaking architecture, sculpture, ancient culture and legacy left by the Pallava, Chola and Pandya dynasties. We have timed our trip with a great ancient Elephant Festival and ritual of “Theyyam” which will take place in the north Kerala.

Arrive in Hyderabad. Met upon arrival and transferred to hotel. (Rooms will be booked from 17 Oct’15 in order to facilitate immediate check-in). After some rest breakfast enjoy the sightseeing of Hyderabad city.Originally a mud fort founded by the Kakatiya Kings of Warangal during the 13th century, Golconda attained glory under the Qutub Shahi dynasty (1518 to 1687). Hyderabad’s principal landmark, the Charminar was built by Mohammed Quli Qutb Shah in 1591 to commemorate the founding of Hyderabad and the end of epidemics caused by Golconda’s water shortage.Standing 56m high and 30m wide, the dramatic four-column structure has four arches facing the cardinal points.The market area of Laad bazaar around the Charminar is great place for walking and absorbing the city. Also visit The Mecca Masjid next to the Charminar is one of the largest in the world. Overnight in the Hotel

By surface approx. 275 Kms/ 06 Hrs
After breakfast drive to Gulbarga. On the way, stop at Bidar, an important historical town. Medieval Bidar, with its madarsa, was widely renowned for its splendors and as a seat of learning, culture attainments and political power. Founded by the Iranian Mahmud Gawan it had a huge library and large number of scholars. The town is also known for its unique art of Bidri work of inlaid silver. Later drive to Gulbarga and on arrival, check in at the hotel. Overnight in the Hotel.

By surface approx. 200 Kms/ 04 Hrs
After breakfast visit The Gulbarga Fort was originally built by Raja Gulchand, a feudatory of the Orangal Kakatiyas. As Gulbarga gained prominence as the Bahmani capital, the fort was fortified by Alauddin BahmanNestled within the ramparts of the Gulbarga Fort, the Jamma Masjid bears a striking resemblance to the great mosque of Cordova in Spain. Built by Muhammed Bahmani in 1367, the Persian architecture of the mosque features stilted domes and narrow entrances. Afternoon drive to Bijapur amd on arrival, check in at the hotel.Overnight in the Hotel.

By surface approx. 150 Kms/ 03 Hrs
After breakfast visit Gol Gumbaz, the tomb of Mohammed Adil Shah (ruled 1627-1657). It is the largest dome ever built, Another attraction at the Gol Gumbaz is the Whispering Gallery, where even minute sounds can be heard clearly 37 metres away.Also visit The Archaeological Museum, is near Gol Gumbaz and is run by the Archaeological Survey. Ibrahim Rauza, the tomb of Ibrahim Adil Shah II (ruled 1580-1627), the fifth king of the dynasty and, like the Mughal emperor Akbar, known for religious tolerance. Built on a single rock bed, it is noted for the symmetry of its features. It is said that the design for the Ibrahim Rauza served as an inspiration for that of the famous Taj Mahal.Later drive to Badami. On arrival, check in at the hotel. Afternoon visit Badami caves. The name Badami comes from almond color of the rocks found around Badami. There are four caved temples, all carved out of the soft Badami sandstone on a hill cliff in the late 6th to 7th centuries. . The cave entrance is a verandah (mukha mandapa) with stone columns and brackets, a distinctive feature of these caves, leading to a columned mandapa – main hall (also maha mandapa) and then to the small square shrine (sanctum sanctorum, garbhaghrha) cut deep into the cave. The temples are dedicated to lord Vishnu, lord Shiva and a Jain shrine. Overnight in the Hotel.

By surface approx. 175 Kms/ 06 Hrs
After breakfast drive to Hampi.On the way stop at Pattadakal (20 km) was the second capital of the Chalukyas and has several temples dating back to 6th and 7th centuries AD.A UNESCO world heritage site, Pattadakal represents the high point of an eclectic art which, in the 7th and 8th centuries under the Chalukya dynasty, achieved a harmonious blend of architectural forms from northern and southern India. An impressive series of nine Hindu temples, as well as a Jain sanctuary, can be seen there. Later continue to Aihole The Durga temple, a former Hindu temple, is located in Aihole. The temple was built between the 7th and the 8th century by the dynasty of the Chalukyas. The architecture of the temple is predominantly Dravidian with Nagara style also is used in certain areas. The Durga Temple is considered a unique and magnificent temple of the Chalukyan period. On arrival in Hampi, check in at the hotel.Overnight in the Hotel.

Vijayanagar, near the village of Hampi, is one of the most fascinating historical sites in South India. Set in a strange and beautiful boulder strewn landscape, the remnants of the great city have an almost magical quality and the sheer size of the site is awesome.A world heritage site, Hampi has many sites to see – temples, bazaars and other ruins which will keep you captivated for hours.After breakfast visit the below places: Vithala Temple: Located on the southern banks of the Tungabhadra River, the Vithala temple is imposing structure amidst the ruins. The large Ranga Mantapa of the temple has 56 musical pillars that resound with musical notes when struck. In the temple courtyard stands a magnificent stone chariot, so perfectly proportioned that the stone wheels actually rotate.Overnight in the Hotel

By surface approx. 250 Kms/ 06 Hrs
A great place to explore the rural country villages as we visit the famed temples of Belur, Halebid as well as the awe inspiring site of Sravanabelagola while driving to Mysore.Belur: 40 Kms from Hassan, Belur was the erstwhile capital of Hoysala rulers 800 years ago and has beautiful temples and monuments built in ancient Hoysala architectural and sculptural style.Chennakesava temple of the 2nd century is an architectural wonder built on a star-shaped platform featuring bracket figures, intricate carvings on the stonewalls, the gravity pillar in the courtyard, exquisite panels and richly carved pillars, which are the masterpieces of craftsmanship. Another temple that is worth seeing here is Veeranarayana Temple with fine sculpted figures of various Hindu gods.Halebid: 42 km from Hassan, Hale bid was formerly known as Dwarasamudra, the ancient capital of the Hoysala Empire. The highlights of the city are the 12th century Hoysaleswara temple with friezes and sculptures depicting scenes from Hindu mythology and the Archaeological Museum displaying 12th-13th century sculptures, woodcarvings, idols, coins and inscriptionsAfter the above visit, proceed towards Mysore and check in at the hotel.Overnight in Hotel

Early morning hike for one hour to Chamunda Devi hill for a panoramic view of this palace city. (you can drive up if you choose to). On the way stop at one of the biggest Nandi bull statues of India. Later visit Maharaja Palace built in 1857 in Indo-Saracenic style.After lunch visit the exquisitely carved temple at Somnathpur. It is one of the finest examples of Hoysala architecture. The temple was built by Soma, a Dandanayaka in 1268 C.E. under Hoysala king Narasimha III, when the Hoysala Empire was the major power in South India. In the evening visit the ancient Rangaraja market. This market was built by Tipu Sultan to encourage the local traders. Overnight in the Hotel.

By surface approx. 200 Kms/ 04 Hrs
After breakfast drive to Kannur. On the way stop at Bylakuppe and have Lunch at Tibetian restaurant.On arrival in Kannur, check in at the hotel.Later drive to the village “Kandan Poth Daiva Shanam” where Theyyam is being performed.Theyyam or Theyyaattam is a pattern of hero worship performed in North Kerala.It is a ritual and a folk-dance form supported by a vast literature of folk songs.Overnight in the Hotel.

By surface approx. 215 Kms / 05 Hrs
After breakfast drive to Thrissur. On arrival, check in at the hotel.In the afternoon, proceed towards the festival ground “Kunnamkulam St. George “ to witness the 70 Elephant festival.Later return back to the hotel for overnight stay. Overnight in the Hotel.

By surface approx. 150 Kms/03 Hrs
After breakfast drive to Cochin and on the way stop and visit for Kalamandalam.Founded in 1930 by renowned poet Padmabhooshan Vallathol Narayana Menon along the banks of the river Nila in the Cheruthuruthy village of Thrissur District, Kalamandalam is an immortal name in the cultural map of India.Kalamandalam is strictly a residential center of learning. Veteran teachers and talented students are its inestimable wealth. For art-recitals held in Kalamandalam and outside, artiste-teachers and students participate.In simple classrooms some of the most amazing performing art form of India are taught in this residential school. We will do a guided tour of various classes to see this amazing university.Later proceed to Cochin and check in at the hotel.Overnight in the Hotel.

Cochin, documented since Roman times, is the oldest European settlement in India. With its enchanting Jewish quarter, picturesque Chinese fishing nets, Portuguese churches, Hindu temples and bustling spice and antiques bazaars, Cochin has a seamless blend of diverse architectural and religious influences. This ancient port has now split into two main parts: the old town of Fort Cochin on the peninsula, with its winding alleyways lined with merchant houses and spice markets, and the brash, modern industrious city of Ernakulam on the mainland.We will visit the Jewish synagogue, Dutch Palace, Chinese fishing nets and the Vasco D’ Gama Church.Later in the afternoon visit the Kathakali performance in the theatre,Overnight in the Hotel.

As this lovely time spent on our tour ends here, we part ways with a souvenir for you to show your friends back home when you share your South india Tour Memoirs.

One tour per person 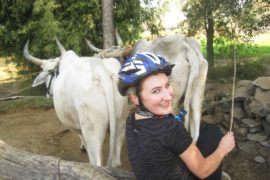 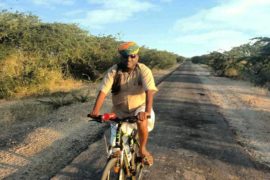